“I finally got the boys to—” Kane stopped dead in his tracks in the doorway to his bedroom, his words completely failing him due to the sight that greeted him.

Gemma was sprawled out in the center of their king-sized bed, wearing nothing but the wolf ears headband she wore earlier as part of her Halloween costume, her lips quirking into a sly little smile at the sight of him. A goddess, she was bare before him in a lazily relaxed pose. Her left leg was straight, her right, bent at the knee and spread open, revealing her glistening, pink pussy. Both arms were loosely stretched above her head in a pose that conveyed, come and get me and do to me what you will. Kane would happily oblige as soon as he was able to get his frozen self to move.

He couldn’t help but marvel at her beauty for a moment more. She had him tied up in knots all evening with her sexy, little wolf outfit, the hilarity of her costume choice notwithstanding. The beige, faux-fur trimmed dress hugged her every curve, flaring out at mid thigh, and revealing just enough cleavage to be sexy, yet classy. That didn’t stop other males from ogling Gemma, something that one angry, possessive look from either Jordan or Kane had them regretting. Completing her ensemble was a tail, faux-fur boots that went almost up to her knee, and the headband she was currently wearing. Damn, he and Jordan were two of the luckiest sons of bitches.

Sons of bitches who adamantly refused … for as long as they could … to wear any sort of costume. Kane had learned pretty quickly that he could not refuse Gemma anything that would make her and their three-year-old boys happy, especially if not giving in would make them unhappy. So he and Jordan begrudgingly donned last minute, makeshift costumes, which Kane had to also begrudgingly admit, looked pretty bad ass!

He had applied some of Gemma’s makeup to make himself look like Eric Draven from The Crow—the black eye-liner and dark shadow only, since Gemma did not own any white face paint. The black leather pants, skin-tight, black, long-sleeved shirt, and black boots were already part of his wardrobe. He went sans the long, black coat because Jordan needed it for his costume. In addition to Kane’s coat, Jordan wore black slacks, a ribbed, black undershirt and black boots with buckles on them. When he put on his dark aviators, his Neo from The Matrix look was complete.

Gemma squealed with glee when they had surprised her with their costumes. Both characters were from two of her favorite movies. “You both look way hotter, though,” she had said. And from the scent of her arousal, Kane had no doubt she meant it.

“I think you boys deserve a treat later,” Gemma said with a devilish wink. She then sauntered off into the family room adding just a little extra sway to her hips. 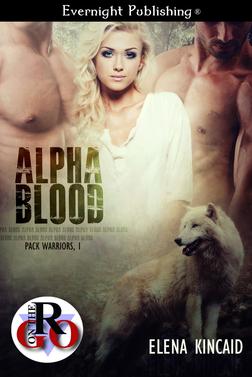 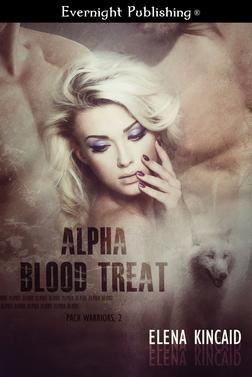 Gemma still ached all over, but the pain was now dull and tolerable. She knew her reprieve would be short. More pain waited for her throughout the night. Something was different, however. Warmth surrounded her on both sides as she rested on what felt like a soft bed. A pillow cushioned her head.

She opened her eyes and bolted upright when a warm, calloused hand brushed her cheek.

“Easy, you’re safe,” said a deeply rich and sexy voice. “Lie back down.”

She looked around the spacious bedroom and even through the muted light could see the room was tastefully decorated with dark wood furniture matching the dark wood bedposts. A creamy white chaise sat in the corner with a cozy-looking rich brown throw blanket dangling off the side of it. She imagined herself lounging on it with a good book and a glass of wine sitting atop the small side table next to the chaise. Gemma did in fact feel safe, safer than she had felt in a very long time. She complied with the gentle command to lie down, pulling up the chartreuse-colored sheet that had pooled around her belly when she had sat up and she sensed a blush creep onto her cheeks while doing so. The memory of what had happened earlier in the forest with the two gorgeous men beside her came flooding back to her as well. They had given her a ray of hope when she had none left.

At first she was on her guard, wary of anyone who dared approach her lest they were part of Pollux-Moon or in allegiance with them. Then she became angry that two complete strangers thought it their right to order her around, to touch her without her consent. She’d been in too much pain to realize that they only wanted to help her. So in agony and unfocused as she was, at first she hadn’t even realized that they were her mates.

Mates. I have mates. She closed her eyes briefly and savored the delicious scents that surrounded her. Her pain had been reflected in their eyes earlier when she had locked gazes with them after she realized who they were to her. One of them had hair the color of midnight and eyes of gold. His hard gaze had softened when she stopped struggling and let him examine her. She found him looking at her when she opened her eyes again.

“What’s your name?” he asked. He had a slightly deeper baritone than the one who commanded her to lie down.

“I’m Gemma. But my friends call me Gem.”

“You have a beautiful name, Gemma, Gem.” His smile was breathtaking. He looked so open and friendly, a complete contrast to how he had looked earlier when he was being bossy and commanding. “I’m Jordan. Alpha of the White-Moon pack. This is my brother and beta, Kane.”

She looked over at Kane—hair nearly as dark as his brother’s, but eyes a mossy green—and managed a small smile. Both men were large and muscular and exuded a power hard to miss. They had identical tattoos on their left pectoral—a wolf’s paw print with a wolf face inside it. The eyes of each wolf, however, matched its owner’s. A full white moon stood out behind the paw and the White-Moon pack insignia, in elegant script, rested underneath. They both sported various other tattoos, but that particular one was breathtaking.

“You had us worried there, little wolf,” Kane said. “How are you feeling?”

“Like I just clawed my way out of hell for a temporary breather.” She hadn’t meant to say that out loud.

Kane looked suddenly angry. “Who did this to you?”

It had been years since the pack wars.  Some are still dealing with the fallout, but all have scars that have never fully healed.  Despite all of this, Gemma, Jordan, and Kane have managed to build a happy life for themselves and their twin boys.

Their holidays may be bittersweet, but their love and passion for each other are even fierier than ever.  Will pack skirmishes, wayward security business clients, and rowdy little boys get in the way of a night full of promise, or will Jordan and Kane manage to fulfill Gemma’s every desire? Type your paragraph here.

Gemma, a she-wolf, alone and in unbearable pain, cries vengeance against the evil man who caused her suffering.  Jordan, alpha of the White-Moon pack, the largest in the country, has a war to prepare for.  Kane, his brother and beta, struggles to be worthy of the role thrust upon him.

When young girls start to disappear and rumors of a dangerous serum surface, the two men are brought face to face with their destiny.  A fiery passion blooms between Gemma and her men, one that heals her body and soul, but a dangerous war still lies ahead.  Will they be successful at stopping an evil tyrant before another girl goes missing or will Gemma pay the ultimate price?  With her life!